There won’t be any major news in the next couple of weeks, at least not from China-based manufacturers.
Chinese New Year is next week (Happy New Year to our Chinese readers – according to Analytics we have quite a few).

So, the news:
– Minix Z64 launched just a few days ago and there’s a tutorial on how to dual boot Windows and Ubuntu already (here).
– Egreat A9 is now for sale on GeekBuying, and so are Egreat I6 and the Ainol Mini PC.
– Qualcomm launched a tiny Mini PC (or, how they called it “4K Streaming Adapter”).

We’ve recently started a series of posts dedicated to Mini PC’s that are already on market and could use some more attention.
We are revisiting today the Himedia Q5 Quad, a Mini PC that we covered back in June 2014, before it was launched.

Since then the Q5 quad went through a major hardware overhaul (back in October) and several firmware updates, earning it’s place in MiniPCDB’s Spotlight.

What makes Himedia Q5 Quad special?
This is the third generation of the “Q5” line, and Himedia certainly took the feedback from the first two versions when building this.
The first generation was also the first Android Mini PC built by Himedia, and the switch from the “classic” Realtek-based media players to Android was not easy. The first generation had several issues with supported file formats, including DVD ISO, which didn’t make clients happy.
But that’s no longer the case, Android evolved a lot since then, Hisilicon’s chipset evolved also.
Speaking about the chipset, Hi3798C is a close relative of the Kirin CPU used by Huawei on it’s flagship phones, and at this time it’s still one of the few chipsets designed specifically for TV boxes (unlike most other chipsets we talk about on MiniPCDB, which are designed for mostly for tablets).
This is why Himedia Q5 quad has good image quality and a good variety of supported file types (Himedia are basically the first to add support for DVD-ISO and BluRay ISO – including 3D- to an Android device).
The case is a good-looking full-metal one, they also include an LCD front-panel and pretty much include everything you might need: USB 3.0, Gigabit ethernet, and not-so-common SATA port.

Just a few days ago we were among the first to publish the news about the new Beelink Intel lineup.
These new items were very well received, and although they won’t be released until after the Chinese New Year, people tend to like this new approach.
We will try to get more details about them as they become available.

The Pocket P2 from Beelink also has an infrared port, which means you will be able to use an IR remote (but whether a remote will be included is unknown at this time).
Package will contain a 5V 2A adapter.

With so many new MiniPCs being announced weekly, it’s hard to keep track of what device might be the perfect solution for our needs.
MiniPCDB’s “Spotlight” series is trying to bring back into the news Mini PC’s that were launched months ago and that might use a little more attention now. There could be a number of reasons for this: maybe because the recent firmware updates made them closer to perfection, or perhaps the current price is much more attractive .

So we start our series with the Kaiboer F5.
Fun fact for you, in Chinese “Kaiboer” is a homophone for “cable” – they’ve been in business for a decade and they actually do manufacture cables … but they also had an impressive line of Realtek-based and SigmaDesigns based media players.
Like most manufacturers, they adapted their offer in the past few years to accommodate the need for Android-based TV boxes… and they do it with style.

If most manufacturers try to cut corners by using cheap(er) plastic cases, Kaiboer still provide good-looking metal cases.
They also choose their chipsets wisely, so their use of the Mstar MSO9180D1R chipset should be an indicator that the chipset does provide good value for the money.

What makes this unit deserve it’s place on the MiniPCDB Spotlight?
First of all, this Mini PC has on paper most of the most sought after features in a Mini PC currently:
– Ultra HD 4K output
– H.265 hardware decoding
– Real 3D output
– XBMC hardware decoding
– solid case, good airflow without the use of any cooler.
– nice-looking front-panel LED display.
It also has HDMI-in, useful in a couple of scenarios.

[Update] – we now have a detailed post about the Beelink Pocket P2
[Update Feb.11] – Beelink confirmed that none of them will have USB 3.0, only USB 2.0

News surfaced today about Beelink and their impressive Intel-based Mini PC line.
Beelink are not new to the MiniPC market, they released quite a few models last year and now they are entering the Wintel Mini PC market as well with a full product line:

Ainol is a well-known tablets manufacturer from China, also know as “Ainovo” on the western markets, they released quite a few models of all sizes over the years.
But now they are dipping their toes into the Mini PC market with the launch of an Windows 8.1 mini PC… that could also serve as an external battery for your devices. 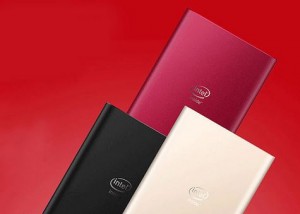 This  15 cm high and 11.5 cm wide and 1.4 cm thick Mini PC weights only 335 grams, so you could take it with you anywhere.
It uses the very popular Intel Baytrail chipset with 2GB RAM and 32 GB eMMC storage (expandable with another 128GB with an SD card).
It has 3 USB ports (one of them actually being 3.0, which is uncommon).
You can connect it to your TV or monitor via the micro HDMI port. 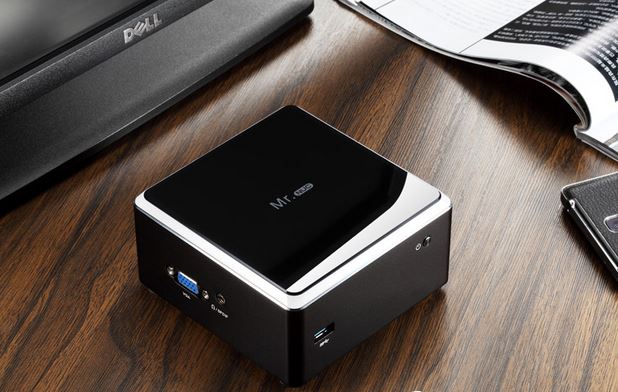 Back in December we had an article about Mr.NUC, one good-looking tiny mini PC that really got some attention (more details on the follow-up here).

But the Chinese manufacturer Realan does not stop here.
They recently introduced two more members to the Mr.NUC Family:

Mr.NUC BTJ1900G
Named after it’s Intel Celeron J1900 CPU, this small-factor mini PC impresses with it’s looks, power and should be also reasonably priced.
It is based on the Gigabyte MZBAYAP mainboard, which is only 100mm x 100mm, the whole barebone mini PC being at it’s 113 x 115 x 57 mm just a little bigger than the original Mr.NUC V6.
You will need to provide your own RAM and SSD, but the unit does come with a VESA mount.
You will get USB 3.0, 2x USB 2.0 ports, a VGA port, HDMI and audio port (headphones/SPDIF).

Mr.NUC-A85545G
Pretty much the same case as the Mr.NUC BTJ1900G , but this time it is based on the Gigabyte M1M3XAP mainboard, which is using the AMD A8-5545M quad core CPU paired with the AMD Radeon HD 8510G GPU.
Using the Mr.NUC name on an AMD device might not be the best idea, probably this item would need to be renamed 🙂

After CES 2015 things tend to slow down a bit, and although it has been quiet lately, here are some Mini PC News.

– Minix is launching this week their Z64 Mini PC.
Minix Z64 is based on an Intel Atom Z3735F quad-core processor has 2GB of RAM and 32GB storage.
It comes in two flavors: a cheaper one using Android 4.4 and a more expensive one with Windows 8.1.
Minix Z64 Windows 8.1 seems to be preactivated, unlike some similar Chinese boxes that have only a 30-day trial license.

Zappiti’s first and second batches are already sold out!
You might have to wait for March to get the Realtek RTD1195-based Mini PC that promises to be all you will need for living room entertainment .
Meanwhile the Zappiti team is working on their firmware, already some big progress has been made.

Himedia finally launched their own customized version of Kodi/XBMC.
This version will work on both the dual-core and the quad-core versions of their Hisilicon-based Mini PC’s (Himedia Q5-II, Himedia Q5 Quad) and it will allow you to use the excellent Himedia Player as an external player for XBMC.

Mygica promises to be the first manufacturer to release Android 5.0 update for their Mini PCs .
They featured at CES 2015 their ATV 1900 model with Android 5.0, and in 1-2 months they will have an update for the ATV 1800e and ATV 582 models. Congrats to them!

There’s a fierce competition among chip makers/manufacturers for the greatest hardware.
It’s getting harder and harder to impress potential buyers so some manufacturers are adopting all sorts of marketing gimmicks.

AnTuTu is being used to benchmark pretty much an Android tablet or mini PC out there, and there have been rumors about manufacturers faking those results to get better results.

“hiritsu” in Japanese means literally “percentage”, “proportion” or “ratio”.
At this time is unclear if the results are being intentionally faked or if there’s some bug in AnTuTu’s benchmark itself, although the users that discovered this believe to be intentional.

What do you think?